Currently, our country with the government as its main instrument is not doing good. It is not present to carry out its functions properly in the main joints of people’s lives.

The birth of the Job Creation Law No. 11/2020, commonly referred to as the Omnibus Law, has not yet faded from our memory, which rolled out the red carpet for big investors to further suck, grab and exploit the Indonesian people. Although this policy was later declared conditionally unconstitutional by the Constitutional Court’s decision No. 91/PUU-XVII/2020, it is still being implemented.

The issuance of the Job Creation Act has made the people even more disappointed with the government. This only adds to the misery of people in cities and villages who have recently experienced the disappearance of subsidized fertilisers, the high cost of cooking oil, evictions and land seizures. People’s lives are increasingly far from the prosperity that is often used as political jargon by the government. The government’s sole duty should be the welfare of its people. They are paid from public money, but instead act as compradors. Both the central and local governments are the same: they do not care, are not present and do not provide solutions when people are in trouble.

Just look at Natinggir. This hamlet is located in the administrative area of Simare village, Toba district. Their 1,496 hectares of land, which is a customary area or ancestral heritage land, was seized by an evil corporation called PT Toba Pulp Lestari. They no longer have access to their own land, which was previously covered in frankincense trees. They are often harassed when managing their agricultural land. They even face threats and intimidation when they build houses on their own land. They have grown accustomed to the state’s absence in the midst of such hardship.

A statement by the former Regional Secretary of Toba Regency, Audi Murphy Sitorus, published in medan.tribunnews.com on 9 January 2022 again proves that the government is not on the side of its people. He stated that there is not a single customary land in Toba Regency that meets the requirements to be designated as customary land. This makes the people even more reluctant to rely on the government.

“We are tired of visiting and hosting officials; we only hear uncertainty from them,” said R. Pasaribu, a community member in Natinggir. He said that they had seen no concrete manifestation of the government’s partiality during their desperate struggle to defend their ancestral heritage. The government seems to be showing an evil conspiracy with the company that stole the Natinggir community’s ancestral heritage. The government tends to make their cases “hang” without clarity.

This series of disappointments has made the Natinggir community no longer expect much from the authorities/government. Waiting for the government’s presence is tantamount to hoping for something uncertain and a waste of time. Finally, they took their own steps to restore their living areas, as in the areas of Aek Sitio-Tio, Siandor-Andor, Aek Bontar and Parumaan. They cultivate and manage the lands there with agricultural activities and have enjoyed harvests of corn, coffee, ginger, red beans and oranges that they use to sustain their families.

This emphasizes something very important. Whether the government is present or not, whether the existence of indigenous peoples is recognized or not, indigenous peoples must continue to stand tall and actively fight for their rights independently, especially land rights. This proves that people experiencing land grabbing can no longer expect much from their own government. Ideas and steps for people’s independence by reclaiming their rights must emerge from the people themselves in the midst of the government’s absence and indifference.** 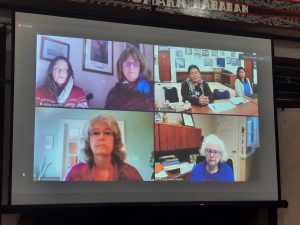 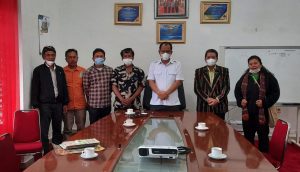